On Monarchy, Charles, etc. and the worse form of governing

ADULTERY
😚 ???
Monarchy means rule by one, which is wrong, however you cut it. The best thing any monarch can do, whatever their name, is to end it, starting by resigning. If your name  is Charles you should learn what not to do from your predecessors, I, a treasonous anti-democrat Charles I (above), and Charles II (below #I), a multiple philanderer. Monarchy enshrines worse ways, not better.

Go to an interview looking like this and you won't get the job. They'll say its qualifications or performance or...whatever but it's the teeth (lack of them) and the money that you don't  have to replace them. Want a less unequal society? Ensure free dental care for all.  A better Toronto is a more equal Toronto.

Update: In September 2022  it looks like something on this issue is finally happening in Canada, but with the usual Liberal compromises for elite private interests. The plan is: Dentacare for some, sometimes… 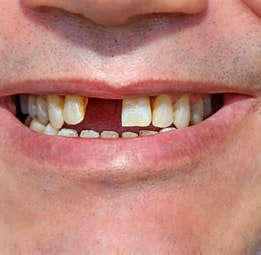 The TorontotheBetter charter for social business

Our TorontotheBetter non-profit has 3 key values for charter participation: rights-based worker participation, environmental stewardship programming and consumer openness. We encourage businesses and business users to support our informal charter in their operations. Instead of a privilege for the few, better enterprise values should be norms for all. Social economics works for the better by preventing the problems of narrow "business as usual": exploited workers, a wasted earth and cheated customers. If  government fails to act our voluntary charter is our recipe for motivating  aspiration for something better.

When your primary purpose - your mission -  is to make money. albeit pocket money for the many that becomes riches for the 99% few. then it comes as no surprise if opportunist enterprises like Uber stint their worker education. The latest Uber failure, as reported by CBC -  Uber driver targets passenger in racist slur | CBC.ca  - is just one in a long line of failures. Such events are almost inevotable in the get rich quick culture of gig-capitalism. TorontotheBetter reminds readers once again that there is a basic contradiction between social enterprise and cpitalist opportunism. For progressive options check out theTorontotheBetter database at www.TorontotheBetter.net under Cars.

As reported recently - "Ontario Farm Boy fans freak the heck out as tweet about maskless employees goes viral (blogto.com)"  - store fans who “love” a store are criticizing criticism of a store not mandating masks, though the requiurement for masks in Ontario has now been lifted in most locations. In our increasingly commercial world picking a store is, for some, like having a favourite racehorse. But there is more to this than innocent favouritism based largely on marketing. Criticizing critics of store critics is a steep  grammatical spiral but here we risk the descent for the greater/better good of firming up the level ground of values-based enterprise.

Complaining about complaints when the complaints are in the name of public health at a time when thousands are threatened  is an unfortunate sign of our “sponsored”  times  but the topic of interest here is rather why anybody would get upset about raising the issue of optimal  social values for commerce.

We do not live by bread alone but we do live better by supporting the health of bread buyers and the workers who make bread and all  food, available. TorontotheBetter encourages engagement with the social performance of private enterprise. We think of it as socializing the economy from the inside out. If enterprises are not public or socially focused they should face and address principled scrutiny. If they do not adopt socially supportive values and methods public attention and alerts are important for guiding their paths to the better. A charter for social economics is a step we think that will raise the bar for enterprise. The day when stores accept social mandates as a business norm, just as they have learned to do over time with health and safety standards, will be the moment when the social economy is a fact rather than an aspiration.

At a time when people are dying as a result of territorial aggression and children are being denied education because of their gender is it too much to ask for more commercial attention to public health and health and other social value? We think not, and encourage complainers about ethical complaints to reserve their criticism for failure to complain when values of health and community are ignored.

Ukraine - the enemy of my enemy...

...is not necessarily my friend. For too long some in the West have gone easy on the current Russian regime for its longstanding, but now sadly baseless, political history of adhesions with revolutionary change and its reactionary enemies. If there was ever a reason for updating the common "folk wisdom" about enemies then the invasion of Ukraine by a fascistic regime should stand as a key instance. But no-one should forget the brave Russians who have stood for progressive principles of social inclusion and equality and have paid a heavy price. TorontotheBetter stands for social economics and there can be no civilized interactions at all when innocents are at risk for their lives. Ukraine has had its share of fascists, it's true, but supporting other fascists is not a route to progressive societies or economies.

From Meta to Better

Once a techy, always a techy... Though Facebook and its founders were key transformers of online space from a technically gated one into populist playground, with the “metaverse” their original will to “dominate” is inevitably migrating from real worlds so limiting for many including the poor, disabled, and, in the current case of the Ukraine, ethno-culturally  victimized, to a meta (above and beyond) type science fiction realm. The above and beyond TorontotheBetter seeks is not primarily a technological  one but a world of sufficiency for all, without hunger or prejudice. In other words the Meta of Better, not just humanly empty outer space. Up there in the Meta, there is no sound or sight or taste, Or human society. It is still and silent up there, despite the loud advertising that is coming. Maybe r=there will be answers out there in the Meta ether, but there should be a clear path from Meta to Better as we continue our long journey.