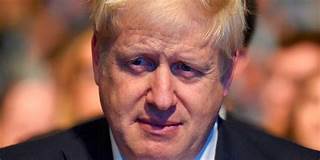 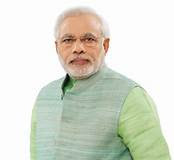 2 thousand deaths from COVID-19 were reported in Poland this week (22-Nov.2021) another example for any inattentive to date that, as TorontotheBetter has previously documented, market ideologues market ideologues, all male, like Jaroslaw Kaczynsky, Jair Bolsonaro of Brazil, Narendra Modi of India and Boris Johnson of England are bad for the health of the populations they claim to value. The politics of COVID, have been  lamentably ignored in the emphasis of mainstream media on the medical technicalities and the sentimentality of the pandemic. COVID-19 kills, but mainly the excluded, aka the poor, and their deaths are most often attributable to leaders who value market wealth over social health. For a Better Toronto in a better world we need leaders genuinely committed to the public good.           Politics matters always, but its life and death impacts are clearer than ever at times like the present. 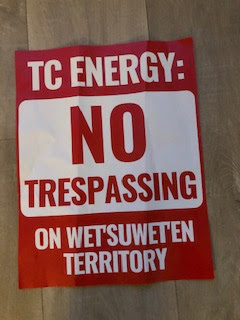 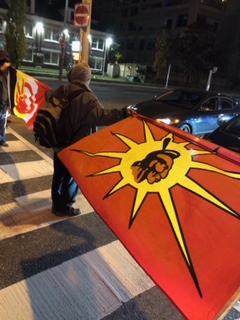 On Friday and and Saturday, Nov.19-20,  Torontonians disrupted downtown traffic to show their solidarity with Wet'suwet'en first nation protesting the Coastal GasLink pipeline project near Prince Ceorge BC. Not only is the project disrupting local first nation communities it will facilitate more fossil fuel energy use and make Canada's sustainability and net zero carbon goals even harder to achieve. A better Toronto and a better world means less fossil fuel dependency and less carbon. TorontotheBetter sends solidarity greetings to Wet'suwet'en and calls on all to support their struggle. However many miles distant our struggle for a better world is the same. We are all Wet'suwet'en. 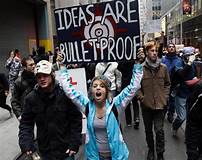 Three trends that most profoundly determine our tomorrows are Inequality, as fore-fronted by the Occupy movement, which, as Michael Levitin, in his book “Generation Occupy”, has described, continues its societal impacts long after its emergence, Artificial Intelligence, as described in Kai-Fu Lee and Chen Qiufan’s “AI 2041”, which is reaching into all human affairs, from personal to occupational life, and Migration, particularly for our TorontotheBetter focus here, human migrants.  Together, however, these disturbing trends can and must, actually contribute to the possibility of a better world.

The necessary counterpoint to inequality's social plagues is a renewed determination to remove it,  so generating informal "communism", particularly, as ever in modern history among the young, though it may be without a single political formation as its agency.

As for  AI, its potential is for the removal of work as drudgery, so realizing the aspiration for free life that has motivated utopian science fiction as long as humans have dreamed beyond their historical boundaries.

Thirdly, the consequence of Migration, the negatives of its involuntary version now horrifically before us once again, is to reveal, albeit often destructively, that we are together with others in this space we call human society. Global warming and the environmental movement have made the cliche of "we're all in this together" an unavoidable reality.

To synopsize the three trends, our limitations and separateness in community, must and can, be surpassed in a societal communism that frees us all, the original ideal of communism.

Another metaverse is possible

Like its voracious Internet twin, Amazon, the house of Facebook, recently renamed Meta by founder Mark Zuckerberg, to the chagrin of Yanis Varoufakis of Greece, the home of meta the word and Meta the Centre for Postcapitalist Civilization Varoufakis Claims Zuckerberg Stole "Meta" Name for Facebook (greekreporter.com) has come to define an age of previously unimaginably reachable population scale. If Facebook “friends” are not real friends and their likes as transient as a screenshot these phenomena have come to define this cultural moment. There is huge power here but, as recent revelations by Facebook insiders have shown about the predatory, unaccountable and hitherto largely untaxed corporate wealth has highlighted little or no public accountability is taken for the manipulation of cyber bullies and others that the metaverse enables, its victims often the most isolated and weak. More than one young person teenager has been driven to near, and actual, suicide, automated trollers are infiltrating democratic processes as high profile as U.S. elections and the publication of false news is available to anyone with an Internet connection and a keyboard.  What to do about the adolescent dorm room fancy that became a monster fueled, it seems by a passion for nothing more than growth?

Splitting a corporate beast like Facebook, aka Meta, into separate entities like news and networking technology might reduce the threat of collusion but ultimately such powers will integrate.  Regulation, like that of alcohol or gambling, is possible but who could or should do it is far from easy to determine. Self-regulation runs counter to the self-interest of the corporate interests that prosper from its absence while external regulation by objective third parties is as yet wildly unequal to scale of the virtual wild west it must confront globally. As for public ownership of virtual media the culture of civil withdrawal created by neoliberalism, added to the sheer scale of the target phenomena, has made this option unrealistic.

If then, private or public regulation are unlikely to rein in the beast – the ills of alcohol still occur after its regulation, and public ownership is not going to happen, we are left with a third alterative, a non-profit metaverse which operates according to principles of public responsibility, its practical role to shame and blame rather than to outmuscle. But the power of ideas and ideals can never be discounted. Hands off our “meta” says Yanis … of Greece, to which we must add a meta of our own dedicated to more than power for power’s sake. Facebook is just here to bring people together, Mark Zuckerberg is reported to have believed about the adolescent impulse that inspired the application, but few of us would be content to ignore what people do together once met. For TorontotheBetter a truly social benefit motivated platform will produce better outcomes than accidental/incidental human collision. It must be as open and inclusive as possible if a genuine “meta” is to have an impact of the netherworld meta-verse with which it shares a name rather than a nature. The TorontotheBetter directory is a diverse, inclusive model for the wider/better meta-world we envision as possible, a non-profit, multi-sector, and inclusive universe. Such a sphere has been modelled by Trebor Scholtz of New York University in the form of “platform co-operatives” but as TorontotheBetter, itself a co-op based initiative, realized from its inception even eco-ops are, to some extent exclusive. Consequently, the alternative meta-verse we envision here must  be broad and inclusive of various operational forms. The tool we propose for achieving this is a charter, from which more robust instruments can emerge with social media themselves occupying a key enabling role. That social media has become virtually synonymous with the for-profit Facebook need not be the endpoint of the journey that began with Web2.0. A movement begins with an idea and the time for a better metaverse movement is now. 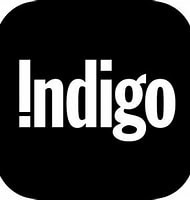 As a worker co-op with unionized workers, Libra, the parent of non-profit TorontotheBetter welcomes recent news of unionization by workers at Yorkdale and Scarborough based branches of the Indigo bookstore chain. As always unionization occurs when workers are dissatisfied with the treatment they receive from the firms that effectively own their labour power. And the question arises again for us whether it is better for workers to bargain for dignity with an owning entity, the union route or to take control of the whole enterprise and run it themselves. In most cases for most workers these are not practicale alternatives but as supporters of workers everywhere Libra, a worker co-op with unionized workers, is on record in words and actions to the efect that more power for workers is good for them, whether they take on responsibility for a whole company, as in a coop, or use their bargaining power as a union to influence mangement. Depending on their specific circumstances one or the other, or both, may be optimal for the workers in question. Either way, or both, more worker power means more dignity and value for workers and we send solidarity greetings to the Indigo workers in Toronto who recently voted to join the united Food and Commercial Workers Union. https://www.thestar.com/business/2021/08/26/workers-at-two-more-indigo-stores-vote-to-unionize-is-a-wave-of-unionization-in-retail-upon-us.html?rf&utm_source=facebook&utm_medium=SocialMedia&utm_campaign=&utm_content=&source=the%20toronto%20star&utm_campaign_id=&fbclid=IwAR33CrW-W9WoThkINw5LP8K4It-M1sRuPDfKOvtW94ldQnnZjb2tuucffq0&__s=e4uqam5gbh4omyzm0hyi&utm_source=drip&utm_medium=email&utm_campaign=Class+Struggle+-+Sep+3%2C+2021&utm_content=Class+Struggle%3A+Unions+are+scoring+wins+at+Indigo

Affordable housing for a better Toronto: check who built it before and make your vote count

The kid gets it and the sign says it all: homes for people not profit. A 20th century housing programme built most of what remains in Toronto and elsewhere in Canada. As thousands frustrate and suffer in 2021 it is beyond time for action. For a better Toronto let's do housing. Waiting lists grow while, shamefully, Toronto's affordable housing stock like the co-op pictured below, doesn't. This election TorontotheBetter asks all to think who is most likely to build the decent affordable housing we all need to live a decent life. 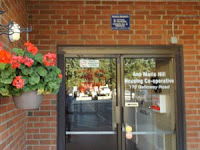